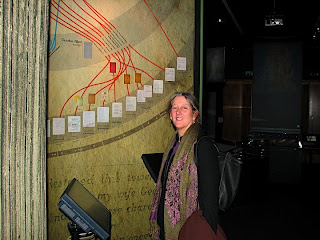 Happy Birthday to you, William Butler Yeats!   I am inspired by a myriad of poets, but perhaps you inspire me most of all: your ear and your adoration of poetry, and also your care for folk art, your passion for politics, your willingness to be a public poet, your spiritual openness. When I began to write critical prose, I read your Essays and Introductions looking for an authentic way into my own critical voice, and when I began writing memoir, I studied yours.  Here are photos of me being blown away at the exhibit about you in the National Library in Dublin, taken by Ted Deppe just after he asked if I were Yeats’ incarnation.  Sometimes I think so. .. 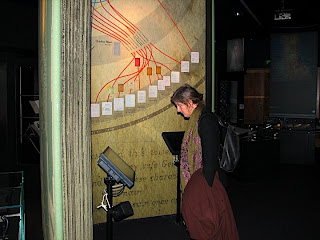 And now it seems I, like you, have started a theater company.  Poets Theater of Maine got an employee ID number last week, opened our first play, Wolf Song, this weekend, and today, on the auspicious date of your birthday, I am going to put the first deposit in the bank account.  I feel you with me today, I honor you, and I thank you.

It’s one of the first poems of his I loved, and still count as one of my all time favorites.  Last time I was in Ireland at the Stonecoast residency, I did my over-the-top imitation of him reciting it and we all laughed. 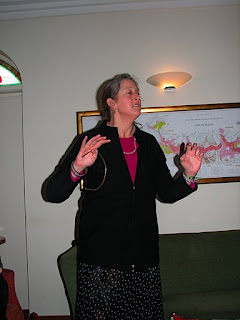 I hope you would have laughed as well, William! Many happy returns!

THE LAKE ISLE OF INNISFREE

I will arise and go now, and go to Innisfree,
And a small cabin build there, of clay and wattles made;
Nine bean rows will I have there, a hive for the honeybee,
And live alone in the bee-loud glade.

And I shall have some peace there, for peace comes dropping slow,
Dropping from the veils of the morning to where the cricket sings;
There midnight’s all a-glimmer, and noon a purple glow,
And evening full of the linnet’s wings.

I will arise and go now, for always night and day
I hear the water lapping with low sounds by the shore;
While I stand on the roadway, or on the pavements gray,
I hear it in the deep heart’s core. 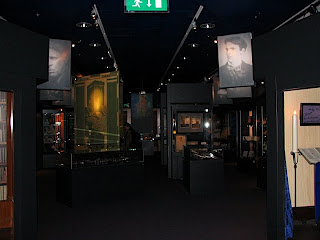