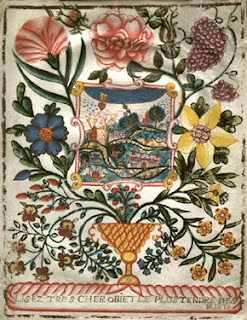 I’ve long promised to post here some of the original posts from the predecessor blog to American Witch.  Today’s archival post is inspired by a marvelous news item about a newly-discovered genetic connection between human music and birdsong, which I posted on Facebook this morning, and by the link Sue Zemka sent in response, to an equally amazing story about birdsong-chants passed down over the millenia in India.

On Meter, Rhythm and Birds

I’m convinced that humans learned poetic refrain from birds. . . In dry southern California this morning, between readings in San Diego and LA, I wake in my sister’s riding trailer, used to follow horses on
week-long mountain races.  Birds are very close—unfamiliar birds, with a drier and quicker call than I am used to in New England. I hear their harmonious chatter in a new way.  I think of the questions and answers after my reading yesterday at UC San Diego:  much talk about music, timing, pacing, meter, and rhythm.  In response to a question from Eileen Myles, I found myself articulating a relationship I have long felt between meter and rhythm, but never consciously remarked.  The standard late twentieth-century rap has been that rhythm embodies itself in the whole wide flexible music of language, while meter reduces rhythm to a few certain repeatable patterns. In this model, meter is something of a killjoy, a librarian, a sexless uptight track-keeper, while the real deep juice and joy of poetry is in the rhythm—and by implication, of course, in free verse, the poetry of real men and women (the order of these nouns is conscious) from Whitman on: the spurting blood-jet of poetry (with apologies to the ghost of Sylvia Plath for using her phrase in this way) that, to use Dr. Williams’ phrase, “ends the idea of poetry for ladies.”

Yesterday, I found myself articulating an alternative model in which meter is, poetically, broader or at least as broad as rhythm: meter (coming simply from the Greek word for “to count”) is any system based on a structuring language element that can be counted, and hence predicted (and, perhaps, departed from) as an element of poetic shape.  A pattern of counted words, counted phrases, counted erasures (to erase every third word of a text in a predictable pattern, for example) could be the basis of a meter.  Rhythm is the play of accent and lightness (also syllable length, articulation and pause) in speech.  In the area where rhythm and meter intersect—where accented and light syllables are the basis of pattern—arise the patterns we usually think of as meters.

I confessed to Eileen that I sometimes choose the word ‘rhythm’ when I should technically use ‘meter’—for example, in the poem spirals on my website, where if you click on the spiral called “rhythms,” you will find numerous meters.   I do this because I know that when people see the word ‘meter’ they tend to imagine only iambic meter, so they ignore the whole realm of meter as something overly familiar, narrow and confined—not the huge, complex, intricate array of intersecting patterns that is my understanding of meter, and which I hope the feeling of my rhythm spiral conveys.

Before the reading, I had the pleasure of visiting the Mingei Museum of Folk Art with Rae Armantrout.  There we discovered a treasury of intricately patterned silverwork, rooms of wrought silver things spanning centuries and continents: headdresses, buckles, and necklaces, anklets and wristlets, some from places across the globe bizarrely similar, some aesthetic worlds apart.  Last night as I described all this silverwork to my sister, I was physically encompassed, almost overwhelmed, by the physical memory of being among such a wealth of patterns.  This is also how I feel when I imagine the metrical universe—I feel surrounded, almost massaged, by such a wealth of combinatory possibilities, each pattern rich with the memories or possibilities of so many words that have been worked into it.

And this encompassed, massaged feeling is how I imagine people used to feel about birdsong, when to be human meant to be surrounded by birds, before our sprawling destruction of their habitat started to drive them away and destroy them.  A couple of years ago, when asked to comment on “noise” in a poem, I chose “Spring” by Thomas Nashe (love that website soundtrack!):

Spring, the sweet Spring, is the year’s pleasant king;

Then blooms each thing, then maids dance in a ring,

Cold doth not sting, the pretty birds do sing,

The palm and may make country houses gay,

Lambs frisk and play, the shepherds pipe all day,

And we hear aye birds tune this merry lay,

The fields breathe sweet, the daisies kiss our feet,

In every street these tunes our ears do greet,

After being reminded of the magnificence of this poem at an MLA conference panel organized by Bruce Smith, I had found I couldn’t get it out of my head. I suspect the reason is that the noise in it is untranslatable. It is what it is. And then I began to understand something else: a person walking out of a rural or village house in the Renaissance, before automobiles and the destruction of habitat had so impoverished our ears of birdsong, would have heard so much more of a riotous and inspiring music from the birds than we can ever hear now. This makes the noise in this poem even more precious: a missive from the past, a time capsule from a time before tape recorders.  (comments on “Spring” adapted from my comments in Triplopia).

And now I hear that songbirds can think in appositives; starlings have been trained to use “recursive grammar,” another of those many things that humans used to think exclusive to humans and which we are finally learning characterize non-human persons (a term I learned in Peter Nabokov’s extraordinary book about Native Americans and the land, Where the Lightning Strikes.)

Thanks to the birds, centuries ago, and now, this spring, for your inspirations of refrain and joy. . .

(originally posted on my first blog, Confessions of a Postmodern Poetess, April 28, 2006 )